A downloadable game for Windows

Hi... Is there any way to tweak the resolution/graphic settings? Got really low fps on my potato pc =.=

I will look into it as soon as I can! For the current build, we only developed for the ultra setting in mind (it was developed for a show, so we already knew our specs going in). I'll see in the coming days if I'll be able to upload a new build with the graphics adjuster back in place :)

Oh.. one of " these " games. The pixel art looks alright, but I gotta level with you dude - the " switch dimensions " etc, mechanic is as worn out as my 3 year old sneakers.

Did you read the blurb?  This is a student project made in a few months.  They didn't have time (or any budget at all) to polish things up or make it more interesting/engaging.  They just did a quick fun idea and managed to make a respectable prototype.

There's a saying about throwing stones from within glass houses...students should be encouraged and provided with useful and respectful constructive feedback precisely because they're still learning and making the useful mistakes NOW so they don't repeat them later on.

As someone with moderate modding and game design experience, the 'switching' mechanic could likely be traced back to some early computer and/or 8-bit games.  That said, there's nothing inherantly wrong with reusing a mechanic in a different game.  There are all the games that use 'cinematic slo-mo' ever since the Matrix movies did it.  Those movies in turn were inspired by Asian kung-fu movies and cinema as well as Ghost in the Shell (the anime not the terrible western bastardized movie).

It would be far more effective to distill and precisely pinpoint which aspects of the game are objectively poor versus subjectively poor.  Then, weigh those against the time/budget considerations of a student team working on this as a group project (and juggling other studies/assignments/projects at the same time) as well as the freeware price point.  One has to be somewhat more amenable to students and freeware, IMHO.

Thank you for the kind words! We really do have a lot of work to juggle at University (and college, we have a joint program!), so it's difficult to find time to focus on one project, as we obviously have other classes to worry about.

We hope anyone who downloads the game has as much fun as we had creating it!

The game is fantastic work.  Kudos to you and the entire dev team!  <3
I hope in the future that game devs can unionize so that students looking to get into game dev don't have to do a 'regular' job just to pay bills and can focus on game dev as an actual career.

Thank you so much for playing! :) 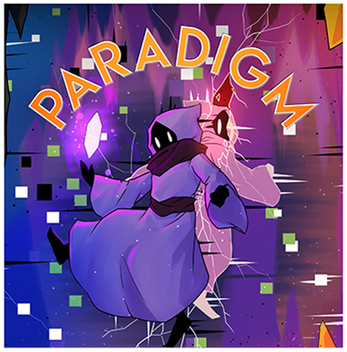